I'm a former over-achiever who now has chronic fatigue syndrome.

I take lots of naps and eat weird food.

I'm married to a wonderful man who cannot be described in this sentence.

I have two beautiful preschool-aged daughters who are crazy precocious and hilarious and brilliant and so, so tiring.

I'm a former California girl who loves Portland, Oregon, who went to school in Texas and now calls the Shenandoah Valley "home."

Before kids, I was an engineer, had my A&P license to be a mechanic for airplanes, did calligraphy, and had earned a private pilot's license.

I look forward to my eternal rest in heaven, not because of anything I've done, but only because of my savior, Jesus.

A little about me

I used to think I was a highly motivated slacker. Then I learned I have chronic fatigue syndrome and everything changed.

I created Procraftinate in August 2007 as a way to document my goal to complete one crafty project a week. Life, children, and chronic illness got in the way. I realized that the old posts were making me feel bad and probably weren't that helpful to anyone else, either. So in January 2012 I deleted all the old stuff, relaunched, and now focus in topics I find interesting, helpful, pretty, funny, or just generally enjoyable. I hope you do, too. 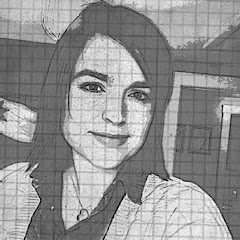